The Hindu newspaper published a report, warning of the danger of the spread and expansion of the Khorasan Province, belonging to ISIS terrorist organization in Afghanistan, indicating that this ISIS faction focuses its terrorist attacks on Shia Muslims and other minorities in the country.
The newspaper stated in its report, which was followed by Shiawaves, that “the terrorist faction of ISIS (Khorasan Province) has not stopped recruiting disgruntled Taliban fighters, as well as attacking Shia groups and launching terrorist attacks on them in various parts of Afghanistan.”
“The terrorist faction has built an organizational network in the eastern Nangarhar province in the past five years, and has attracted followers from all over South, West and Central Asia, and has worked to kill hundreds of innocent civilians, the majority of whom are Shias,” it added.
The newspaper stated, “Three terrorists affiliated with the terrorist organization stormed the University of Kabul six days ago, killing at least 35, and a week before that, a suicide bomber targeted an educational center for the Hazara minority in one of the Shia populated areas in the capital.” 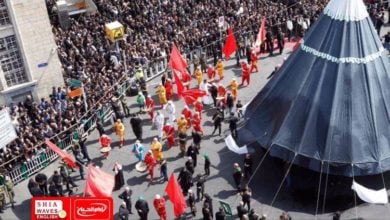