Foreign Affairs magazine published an article by James Milorad, professor of history at the College of Foreign Services at Georgetown University, in which he referred to China’s continuation of its campaign of repression in Xinjiang against the Muslim Uyghur minority in light of global silence.

The professor of history explained that in 2017 the exiled Uyghurs began to hear horrific stories from their relatives and friends in the semi-autonomous region, with the start of losing contact with them completely.

In 2018, researchers began to form a picture of what is happening in the vast region of Central Asia, which was annexed by China in 1949, and is also known among the exiles as East Turkistan, and that the government is arresting non-Han people, including Uyghurs and Turkic ethnic groups, and placing them in camps.

At the peak of its operation, these camps housed between one and two million detainees who suffered from psychological and physical torture, sexual attacks, contraceptive pills, constant hunger and sleep deprivation.

After continued denials, the government admitted that the government documents marked with “educational conversion camps” were in fact “vocational training centers,” as officials said, aimed at combating extremism and alleviating poverty.

Although the Chinese Communist Party rejected the accusations and described them as “lies”, it was apparently responding to the accusations. By 2019, the authorities had transferred most of the detainees, saying they had “graduated” or had finished their studies, indicating that the CCP was concerned about the international response and the shame caused by the camps. However, the detainees were not released; rather hundreds of thousands of Uyghurs were sentenced to imprisonment in camps that have now turned into official prisons. More than 100,000 detainees have been transferred to work in factories in Xinjiang and other regions.

The camps remain a small part of a broader campaign carried out by the Chinese Communist Party against the Uyghurs. The party attacked and restricted the use of their language and prevented the practice of religious rites, demolished mosques, shrines and cemeteries and rewrote the history of the region to deny the antiquity of Uyghur societies and their distinction from Chinese culture, and erased local Uyghur literature from school curricula.

The writer added that the ambiguous laws to combat terrorism and extremism, which came into effect in 2014 to imprison people for their religious, cultural, and daily expression, still exist. 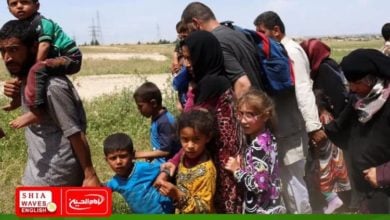 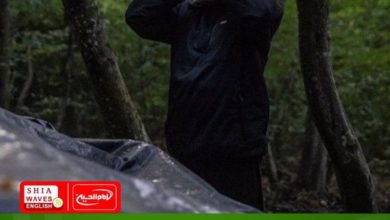 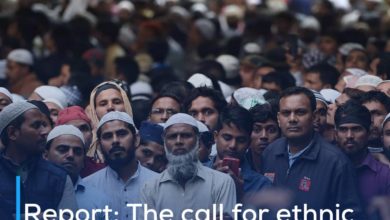 How did the Indian Shias succeed in adapting to the coronavirus to hold ceremonies of the great month of Ramadan?

Over 800,000 Pakistanis flee country due to current crisis
10 hours ago