The Foreign Policy said that the Tajik government is waging a brutal war against the Shias in the country, specifically in the autonomous region of Gorno-Badakhshan, while the people are trying to resist what is described as the authoritarian dictatorship of President Ali Rahmon belonging to the Soviet Communist Party.

The magazine indicated in a lengthy analytical article, which was followed by Shia Waves News Agency, that “a conflict is currently underway between Kyrgyzstan and Tajikistan, but the latter has turned this conflict and war into an internal struggle against the Shias in the country.”

“By escalating the fighting with Kyrgyzstan, Rahmon was able to divert local attention from his recent violent crackdown on the Pamiri Shias, dozens of whom were killed, while Shia religious and cultural institutions were closed,” it added.

A report by the Euro-Asian Network states that “the Shias in Gorno-Badakhshan region, consisting of 230 thousand people, have been subjected to constant threats and repression by the Tajik government and their city is witnessing continuous security sweeps.”

Special sources told the network: “The Shias have been under pressure by the authorities since May last year, suspending their educational activities and closing their mosques.”

The sources add that “official intolerance towards religion extends far beyond the suppression of Shias, as the government took a hostile stance towards Muslims in general, and the country witnessed the closure of all religious schools under the pretext of establishing an approved religious curriculum for them, yet the schools remained closed.”

The government also prohibited (according to the sources) children under the age of 18 from visiting and praying in mosques, and people under the age of 35 are prevented from performing the Hajj, not to mention the prohibition of wearing the veil for women and lengthening beards for men when visiting government departments.”

India bans mourning processions commemorating the martyrdom of Imam Hussein, peace be upon him, in Maharashtra

Malaysia heading towards attracting halal trade in the world 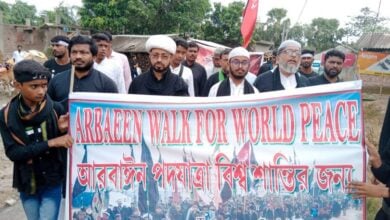 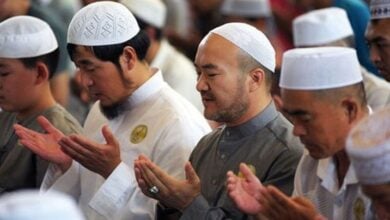 Number of Muslims increasing in Japan