The Islamic Group in Austria renewed its opposition to the government’s plan to make amendments to the “Islam Law”, within the framework of the anti-terrorism bill.
The head of the group, Omet Voral, said at a press conference in the capital, Vienna, that the country is going through a very difficult stage, for several reasons, most notably the Corona pandemic, and the anti-terrorism bill, which was prepared against the background of the terrorist attack that killed 4 people in Vienna on November 2, 2020.
He pointed out that the Islamic Group was opposed from the beginning to the government’s efforts to make amendments to some articles of the law that guarantee the rights of Muslims in the country.
He explained that the amendments include tightening the ban on financing mosques and Islamic societies from abroad, submitting lists of imams’ names to the Religions Department of the Prime Ministry, and imposing financial fines on mosques.
He pointed out that the legal amendments target only Islamic law, out of 16 recognized religious groups in Austria, describing the matter that it may open the way for double standards against Muslims compared to other religious groups.
The draft anti-terrorism law stipulates changes to the “Islamic law” which recognizes Islam as an official religion in Austria, and the “Islamic group” as an independent institution that represents Muslims in the country.
On February 4, the Islamic Group in Austria confirmed that it is unacceptable, within the framework of the draft anti-terrorism law, to demand changing some articles of the law that provide recognition for Muslims in the country. 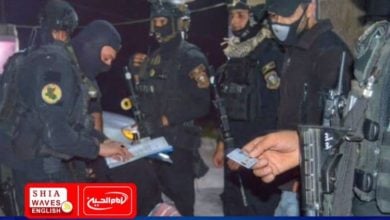 Iraqi forces kill a number of terrorists and arrest others