Al-Faw district in Basra province witnessed the launch of the first steps towards the holy city of Karbala, to commemorate the Arbaeen Pilgrimage of Imam Hussein, peace be upon him.

Security forces were deployed on various roads taken by the pilgrims to secure the massive walk, while the Husseini processions mobilized the efforts of their staffs to serve the pilgrims.

The festival “From the Sea to the Sacrifice” was held to mark the beginning of the blessed journey in the Ras Al-Bishah region for the tenth year in a row, organized by the Foundation for Rites of the office of the late religious authority Ayatollah Sayyid Muhammad Saeed Al-Hakim, in cooperation with the Husseini bodies and processions in Basra, as well as government agencies and the people of Al-Faw district.

The festival was attended by many clerics, official and social figures, and a group of pilgrims who will travel 675 km to reach the holy city of Karbala.

The Ras al-Bishah area in Basra is the farthest point in southern Iraq, from which pilgrims walk every year to the holy shrines of Imam Hussein and his brother Aba al-Fadl al-Abbas (peace be upon them) in Karbala, to commemorate the Arbaeen Pilgrimage on the twentieth of Safar. 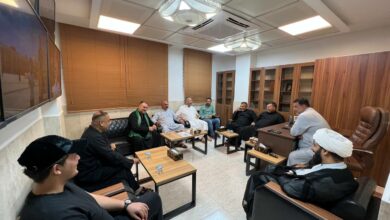 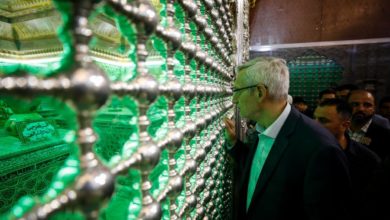 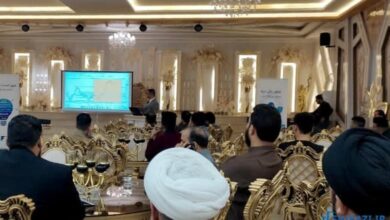 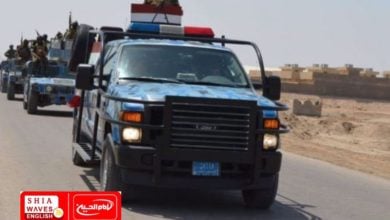