The Council on American-Islamic Relations (CAIR-WA), in conjunction with the CAIR Legal Defense Fund, today announced the filing of a lawsuit against Alaska Airlines on behalf of two Black Muslim immigrant men who received discriminatory treatment by Alaska Airlines employees and management based on the discredited complaint of a fellow passenger.

Both immigrants were Black bearded Sudanese men of Middle Eastern origins and citizens of the United States who speak Arabic and English. One of them was texting in Arabic with a friend who was not on the flight.

Another passenger, who did not speak or read Arabic, was snooping as the man texted. Seeing the Arabic language made this passenger upset, and complained to Alaska Airlines personnel.

Instead of protecting their customers from the bigotry of other passengers, Alaska Airline acted by removing the men from the flight, humiliating them before their fellow passengers, unnecessarily deplaning the passengers, subjecting the men to additional security measures after having already reviewed the phone and confirmed to police that the text messages were innocuous and that the men posed no threat, and explicitly prohibiting them from traveling together on re-booked later flights.

The complaint filed by CAIR-WA is for damages and demanding a jury trial in the U.S. District Court for the Western District of Washington.
The suit claims federal and state violation of the two Muslim immigrants’ civil rights as paying passengers on an Alaska Airlines flight. 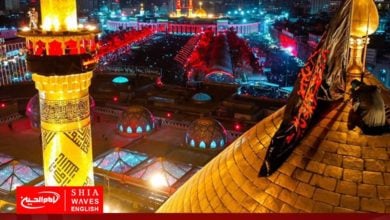 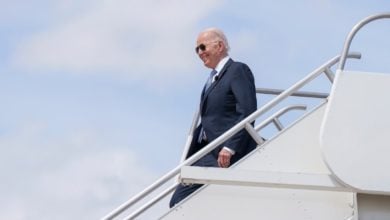 London witnesses the establishment of the largest march in honor of Imam Hussein, peace be upon him