The Imam Hussein Media Group is preparing to hold its seventh Gala Dinner for its viewers in various countries of the world, coinciding with the birth anniversary of Imam Ali al-Redha, peace be upon him, on the eleventh of Dhu al-Qa’dah.

The media group said in a press release, “This year’s Gala Dinner will be held in the Canadian city of Toronto and will bring together viewers of the English Channel (IHTV3).”

It added, “The event aims to communicate and meet with viewers directly to get their views on the channel’s plans and goals among the international Shia channels, as well as to present visions and ideas that are intended to be achieved in the next stage, which will positively reflect on its purposeful media career.”

The group added, “Invitations have been sent to religious, media and cultural figures and prominent Hussaini elegists, to attend this important media gathering, as well as a general invitation to all viewers to attend and express their opinions.”

It is worth noting that the sixth Gala Dinner of IHTV was held in the British capital, London, and received great attention by attendees and the media. 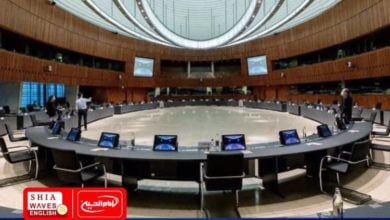 American Ambassador: 80% of the world’s population lives in countries that restrict religious freedom