The delegate of Shia Waves News Agency to Damascus stated: “The Arbaeen mourning procession was prepared five days before the commemoration of the occasion, which starts from the shrine of Lady Ruqayya to the shrine of Lady Zainab Al-Aqeelah (peace be upon them).”

He added that “the pilgrims gathered at the Iraqi Square and set out by bus at half past midnight to reach the shrine of Lady Ruqayya (peace be upon her), where the dawn prayer was performed at her honorable shrine, and then set off for a distance of 15 kilometers to the shrine of her aunt Lady Zainab (peace be upon her) to revive the mourning ceremonies.”

He also pointed out that “crowds of pilgrims from Kuwait, Bahrain, Lebanon, Pakistan and Iraq participated in the blessed mourning march.”

Our delegate quoted participants in the mourning march as saying: “The revival of this sacred ritual delighted the hearts of the Ahlulbayt (peace be upon them), especially with the expansion of this blessed ritual year after year.”

They added, “We, like millions of others around the world, were deprived of going to Iraq and walking between the holy cities of Najaf and Karbala, as well as praying at the Holy Shrines of Imam Hussein and Al-Abbas (peace be upon them). But here in Syria, we had the opportunity to walk to the shrine of Lady Zainab (peace be upon her), and Abul-Fadl al-Abbas (peace be upon him) will register us as her supporters, which we are always proud of.”

The pilgrims affirmed that they will be keen on active and massive participation in commemorating the martyrdom of Lady Zainab (peace be upon her) on the 15th of Rajab, walking from various Syrian cities towards her holy shrine. 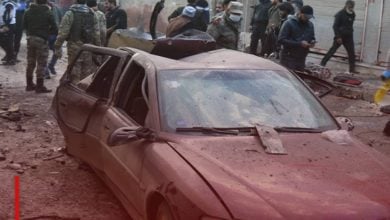 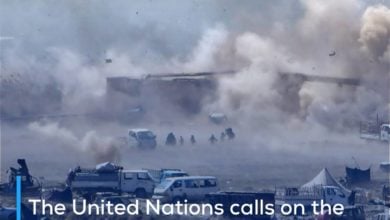 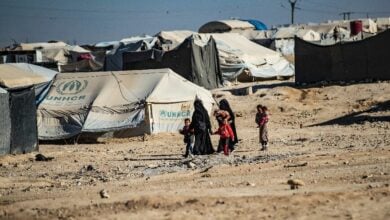 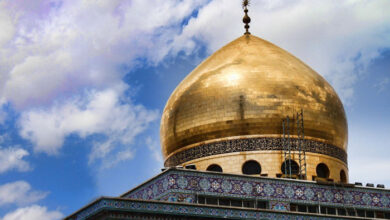 Followers of Ahlulbayt across the world celebrate blessed birth of Lady Zainab, peace be upon her