The representative of the Supreme Religious Authority in Lebanon, Sheikh Jalal Maash, stressed the importance of strengthening brotherhood and coexistence among the people of the same nation.

Sheikh Maash stressed this during a meeting with a member of the Syrian People’s Assembly, Sayyed Muhammad Amin Al-Raja, in the city of Sayyida Zainab, peace be upon her, to review the situation of Shias in Syria and the activities of the Shirazi religious institutions.

In an interview carried by the correspondent of Shia Waves News Agency, Sheikh Maash stressed the importance of strengthening brotherly bonds and consolidating the concepts of peaceful coexistence among the people of the same nation.

His Eminence said, “It is very necessary that we strive to cultivate love among all Muslims, as well as with non-Muslims, as long as they are bound by the bond of brotherhood in the homeland.”

He added that “We, as clerics, must renounce violence of all kinds and forms, and return to the culture of the Book of the Almighty and the blessed progeny of Prophet Muhammad, peace be upon them.” 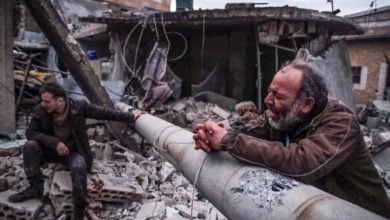 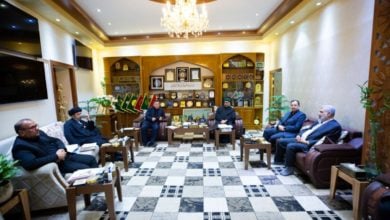 Al-Zainabiya Holy Shrine signs official paper to receive the holy grille of Lady Zainab, peace be upon her

The Wall Street Journal: The return of ISIS to break into prisons in an attempt to raise the morale of its followers