The head of the Jewish Religious Council in the Kurdistan region of Iraq, Aram Ezzat, announced his conversion to the Islamic religion and pronounced the two testimonies (Shahadatain) in the presence of journalists, stressing that his step was embodied in “striving to obtain God’s pleasure and the love of the Noble Messenger.”

Ezzat said, in press statements, that he “informed his Jewish colleagues and friends of his decision and that he handed over the sect’s representation to his colleagues to decide to choose his successor after 6 years of holding the position.”

He added, “I have other personal reasons, but I have not been subjected to any threat or pressure, and I am not the type to succumb to threats and everyone knows me.”

He stated that “the Jewish religion is part of the eight religions represented in the Ministry of Endowments of the Kurdistan Region, and that he respects them and expects the representatives of those religions to receive his decision with open arms.”

In previous statements, Ezzat denied the existence of any relationship between Kurdish Jews and Israel.

He stressed that his family’s roots go back to a Jewish family that originally came from the Kurdish city of Mahabad, northwest of Iran, and that they are part of the social and religious fabric of Mesopotamia and the Zagros regions for thousands of years and have nothing to do with Israel and its policies in any way. 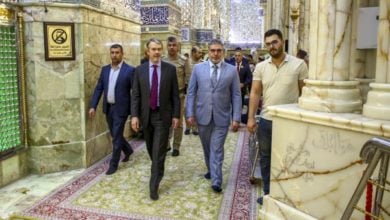 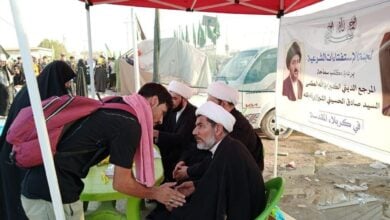 Ahlulbayt Foundation sets up a tent for religious inquiries in Najaf 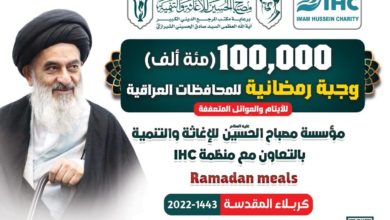 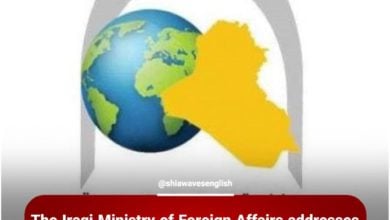 Head of Jewish Council in Iraq’s Kurdistan converts to Islam

Grand Ayatollah Shirazi: Thanks to those who supported Imam Hussein (peace be upon him) and commemorated his immortal Arbaeen
10 hours ago

Grand Ayatollah Shirazi: Thanks to those who supported Imam Hussein (peace be upon him) and commemorated his immortal Arbaeen