Proceeding from its lofty goals and humanitarian mission, the Misbah Al-Hussein Foundation for Relief and Development in the holy city of Karbala launched the “Pilgrim’s Wheelchair” initiative, which aims to serve the elderly, sick and people with special needs and facilitate their access to the holy shrines.

The foundation said in a statement received by Shia Waves News Agency: “A team of its volunteers began to deploy dozens of wheelchairs in the center of the holy city of Karbala, to serve the pilgrims of the Arbaeen of Imam Hussein (peace be upon him).”

The statement added that “the initiative was held under the title (Pilgrim’s Wheelchair), where the Husseini youths will volunteer to transport the sick, elderly and people with special needs to the holy shrines of Imam Hussein and his brother Aba al-Fadl al-Abbas (peace be upon them).”

“The foundation’s humanitarian, charitable and cultural services come from its Husseini mission and the assurances and commandments of the Supreme Religious Authority, Grand Ayatollah Sayyed Sadiq al-Husseini al-Shirazi, to serve the pilgrims of Imam Hussein (peace be upon him) and to provide the appropriate atmosphere for them during their blessed pilgrimage.” 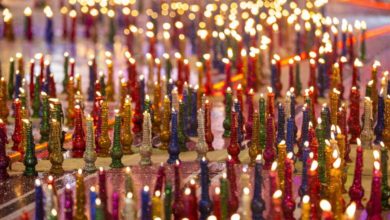 1,188 candles lit on birth anniversary of Imam Mahdi, may Allah hasten his reappearance, in Karbala 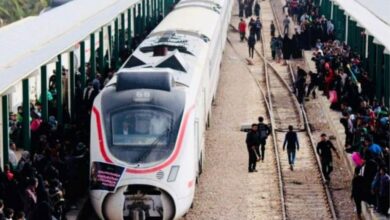 The Iraqi Ministry of Transport: 20 trains will participate in the Arbaeen Pilgrimage plan 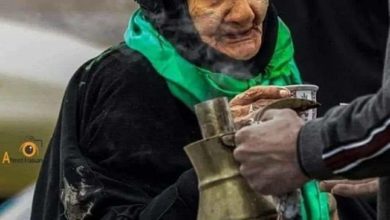 Old woman, who used to walk to Imam Hussein (peace be upon him) for years, passes away 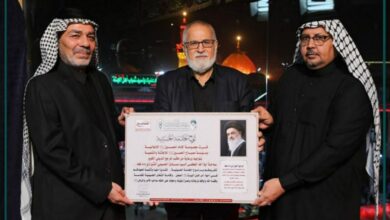