The Taliban administration has reportedly banned the use of Pakistani currency, the rupee, in the country.

According to Khaama Press, the Taliban Intelligence Agency’s Anti-Money Laundering Branch has ordered the Association of Money Exchange Dealers in a letter to “completely ban” the use of Pakistani Rupees in financial transactions in Afghanistan.

The letter states that all financial transactions, including but not limited to transfers, trade, and currency exchange, are disallowed, the news agency reported.

The move would deal a major blow to the locals and traders who use Pakistani Rupees for everyday spending and food purchases.

Apart from that, the money exchange dealers have been banned from conducting transactions totalling more than 500,000 rupees.

Afghanistan’s economy has been in tatters ever since the Taliban stormed back to power last year.

According to the United Nations, half of the country’s 39 million people need humanitarian assistance. 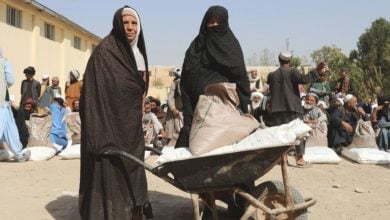