Last night, the Saudi-led coalition launched two raids on the Yemeni capital, Sana’a, causing severe material damage.
The Al Masirah Net website stated that the coalition aircraft targeted, with two raids, the Al-Nahdin area in the capital, Sanaa, without reporting any casualties.
During the past hours, the Saudi-led coalition launched a series of raids on several Yemeni provinces, including 5 raids on Serwah district, 8 raids on Al-Juba district in Marib province, two raids on Al-Zahir border district in Saada, and one raid on Hays district in Hodeidah.
Yemen has been witnessing a war for nearly 7 years, which has resulted in thousands of martyrs and wounded, as well as extensive damage to infrastructure and public and private properties. 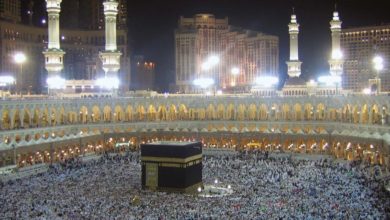 About 1,000 people killed or wounded in the past three months since Taliban’s takeover

With over 100,000 killed, Filipino Muslims in Bangsamoro region celebrate ‘Foundation Day’
8 hours ago

Ongoing human rights crisis in Egypt and India must be addressed, Amnesty International says
8 hours ago