The French daily Le Républicain Lorrain published a photo of one of the most famous exhibits at the Musée de l’Historie de Fer, or “The History of Iron”, in the northern city of Jarville-la-Malgrange.
The newspaper said in a report, that “these archaeological artifacts are a set of iron shields dating back to the era of the Qajar dynasty that ruled Persia from 1794-1925 AD”, adding that this group was used to commemorate the ceremonies in honor of Imam Hussein, peace be upon him.
The report praised these exhibits by saying that “time travel became possible because of these wonderful works of art, which everyone can see in the exhibition currently being held in the city of Nancy until next March 27.”
The French newspaper pointed out that “the steel material of the armor set was inlaid with gold and silver threads with Islamic motifs and plant shapes, before being coated with Damask gold, which makes this humble metal very precious.” 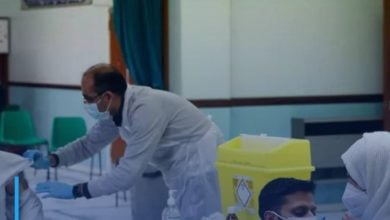