In the presence of lovers of the Ahlulbayt, peace be upon them, from the Shia communities in Australia, the Mosque and Husseiniyah of Al Yasin, affiliated with the Shirazi Religious Authority in Sydney, Australia, held a joyful celebration, in commemoration of the birth anniversary of Lady Zainab, peace be upon her.

The organizers of the event confirmed in an exclusive statement to Shia Waves that this auspicious anniversary drew smiles on the faces of those who love and are loyal to the Prophet and his family, peace be upon them, and they offered their congratulations and blessings to the Imam of Our Time, may Allah hasten his reappearance.
The organizers pointed out that “the Supreme Religious Authority represented by the Grand Ayatollah Sayed Sadiq al-Husseini al-Shirazi, recommends the Ahlulbayt lovers to hold such celebrations, rituals, and religious and cultural events to remember the pure family and introduce their true message.” 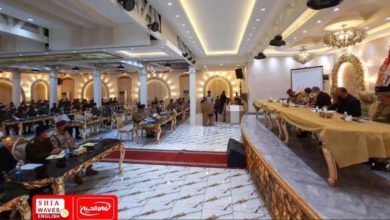