Yesterday, the Dutch Ambassador to Iraq, Michael Rintenar, visited the holy city of Karbala and the Holy Shrine of Imam Hussain, peace be upon him, expressing his gratitude with the visit after touring the religious and cultural heritage of the holy city and its shrines.
During his visit to Imam Hussain Holy Shrine, Rintenar said, “I am very happy to visit the city of Karbala, especially when we visit the shrine of Imam Hussain, peace be upon him, who is the symbol of freedom in the world.”
He added, “This is my first visit to Karbala, and I am fortunate to be among the twenty million who come to this city annually.”
The Dutch ambassador said, “I benefited a lot from this visit after touring the city of Karbala and getting acquainted with its cultural and historical heritage. We plan on cooperating with officials in the holy city in different economic and agricultural aspects, as the Netherlands is the second largest exporter of agricultural crops in the world after the United States, despite its small area.” 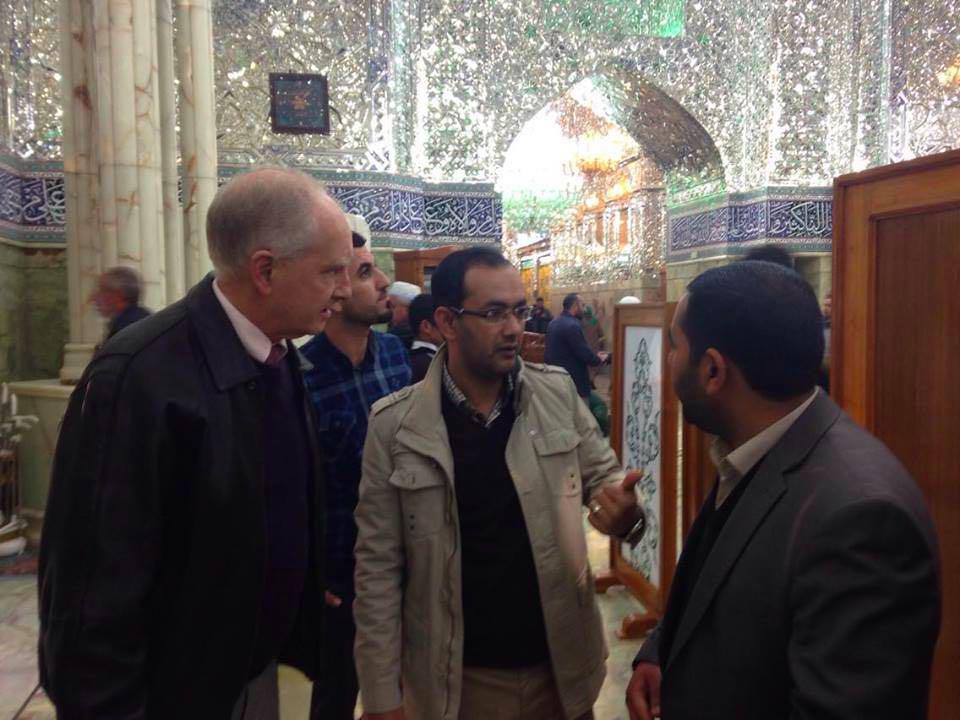