One person was martyred and others were wounded when an explosive device blew up near the western gate of the al-Rawdah al-Alawi Mosque in Mazar-i-Sharif, Afghanistan.
A security official in the city of Mazar-i-Sharif said that a booby-trapped motorcycle exploded near a police station at the western entrance to the al-Rawda al-Sharif Mosque, killing one civilian and wounding 7 others, including a policeman.
According to the security official, the wounded were transferred to Abu Ali Sina Al-Balkhi Hospital.
The al-Rawdah al-Alawi Mosque is located in the center of the city of Mazar-i-Sharif, and the city was named Mazar-i-Sharif because of the presence of a shrine attributed to Imam Ali ibn Abi Talib, peace be upon him, and known to Afghans as “Shah Mardan Shrine”, meaning the Shrine of the Master of Men. 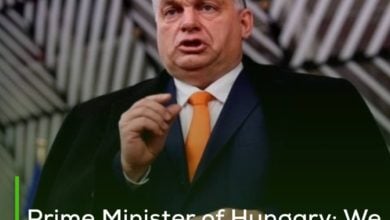 Prime Minister of Hungary: We do not want Muslim immigrants in our country