The British “Express and Star” newspaper revealed that the United Kingdom intends to send its “carrier strike group”, which includes stealth warplanes and helicopters, to Iraq and Syria under the pretext of fighting the terrorist ISIS organization.
The newspaper said, “Eight RAF and 10 US Marine Corps F35B stealth fighter jets will be operating from on board HMS Queen Elizabeth, which will head for Asia accompanied by six Royal Navy ships, a submarine, 14 naval helicopters and a company of Royal Marines.”
British Air Force Commander Mike Bridgestone said, “The force will carry out operations to support the Baghdad government and fight ISIS remnants in Syria and Iraq.”
“We’re going to conduct operations in support of the Government of Iraq, fighting the remnants of ISIS in Iraq and Syria – and continuing to take the fight to them in their sanctuary where otherwise they would be threatening the streets of the United Kingdom and our allies,” he added. 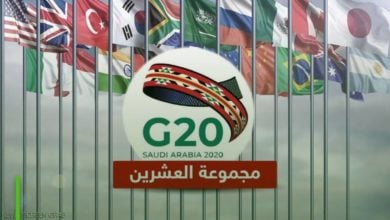 Report: The call for ethnic cleansing against Indian Muslims has become public
18 hours ago

Believing women gather at the table of Lady Umm al-Baneen, peace be upon her, in Madagascar
18 hours ago