Activists say the refugee crisis on the EU’s eastern borders is not over and will not end.

The road to Europe via Belarus has become fixed, and is taken by migrants not only from Syria, Iraq, Afghanistan and Yemen, but also from Cuba, Somalia and Senegal as well.

Officially, 15 people have died on the Polish side since August 2021; but volunteers of the “Border Group” say the number is higher than this. Many of the refugees who got lost and stuck in the swamps could not send an SMS for relief as there was no network or the border guards confiscated their phones or backup storage units.

Polish law does not ban the provision of assistance to individuals in urgent need of it, but on the contrary punishes those who fail to offer the assistance needed. Despite this, the authorities are prosecuting volunteers who help refugees.

In April 2022, Olivka and Cuba’s colleague Veronica was accused of human smuggling, as she transported her colleagues carrying clothes and food for refugees in the forest, and on the way back, where she was alone in the car, when the Polish police stopped and arrested her.

“What we are doing is not enough to end this crisis. It will not end until the Polish state stops using violence against foreigners and abides by the laws,” says Cuban youth activist and volunteer. “If we surrender, chaos will prevail,” he adds. He and medical doctor Paulina insist on continuing their volunteer work and helping refugees. The people in the forest will be dependent on the help of volunteers for a long time. 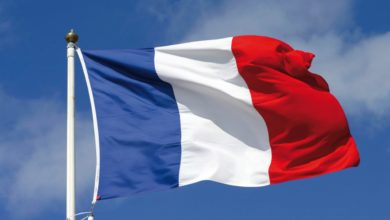 Italian city witnesses mourning ceremonies for Imam Hussein, peace be upon him, and shows the incident of Karbala to its citizens

British website: Jaw prison administration cracks down on any detainee who tries to speak out about torture and ill-treatment