Yesterday, Monday, the Najaf Center for Strategic Studies (NCSS) held its first conference, entitled “Islam and Peaceful Coexistence in the Thought of the Shirazi Religious Authority”, amid a large and diverse presence from various organizations, institutions and personalities of the Iraqi society.

The Director of the Center, Dr. Hussein Hatem Al-Shibli, said in a statement to Shia Waves News Agency: “The conference came in response to the Iraqi and Islamic reality in general, as it presented topics related to religion, doctrine and human societies, and discussed effective solutions from thought of the Supreme Religious Authority, His Eminence, Grand Ayatollah Sayyed Sadiq al-Husseini al-Shirazi.”

He added that “the conference witnessed the participation of representatives of the religious authorities in the holy cities of Najaf, Karbala and Qom, as well as researchers, academics, civil society organizations, preachers, media professionals, intellectuals and honorable tribal sheikhs.”

He continued, “The important axes, perhaps foremost among them, are the mechanisms of dealing with the other, attracting him/her, and living decently with him/her, in order to reach a unified map in achieving this coexistence among sects, religions, cultures and multiple affiliations.”

Al-Shibli pointed out that “the selection of the personality and thought of the Shirazi Religious Authority as the title for this conference is due to several reasons, at the outset of which are his important books that exceed a thousand titles regarding living and peaceful coexistence between members of the same sect and the rest of other sects and religions, as well as his speeches and lectures that exceed 10 thousand, as well as his honorable humanitarian positions.”

For his part, Sheikh Ali Ankoush al-Nabhani showed great interest in holding such conferences, calling for love and peaceful coexistence, especially in the holy city of Najaf, which is considered the city of peace with the presence of the Holy Shrine of Imam Ali (peace be upon him) and the great Shia religious authorities.

Al-Nabhani said in a statement to Shia Waves News Agency: “It is very necessary to educate the people of the city of Najaf and Iraqis in general with such a great concept, for everyone is looking for peace and renounces violence and wars.”

He added that “Iraq today is witnessing political conflicts, and countries are betting to weaken it, but we say to those who want to ignite the fuse of sedition, no, because Iraq and its people are strong with their holy shrines, religious authorities, the tribal sheikhs and their honorable people.”

For his part, well-known preacher Sayyed Ali al-Taliqani, said: “The city of Najaf is the gateway to pure human thought,” noting that “Islam very much allows acceptance of the other and does not accept the issue of violence and rejects aggression, which is what we call for and emphasize, especially for our young people.”

Sheikh Hassan Zaki Al-Shammari confirmed that “the Noble Prophet (peace be upon him and his family) was the one who initiated peace and commanded peaceful coexistence with the other, and we find this in his great biography and since the declaration of his Islamic state in Medina and the emphasis on the language of dialogue and openness to all, which is what the Imams (peace be upon them) followed.”

He added that “the greatness of prophecy was manifested in preserving the rights of people, whether they are Muslims or not, and all those who live in the Islamic state built by the Messenger of God (peace be upon him and his family)”, calling on “the Iraqi people to work with this great humanitarian principle, which is peaceful coexistence with others.” 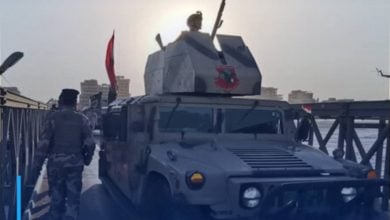 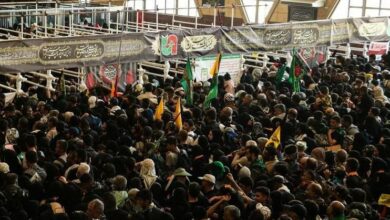 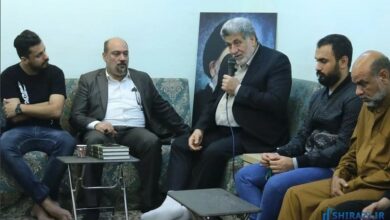 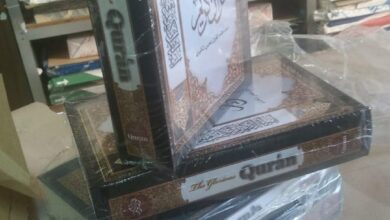