The Office of the Supreme Religious Authority, His Eminence, Grand Ayatollah Sayyed Sadiq al-Husseini al-Shirazi, in the Afghan city of Mazar-i-Sharif, commemorated the martyrdom anniversary of the Greatest Prophet, peace be upon him and his family, by setting up mourning ceremonies.

The ceremonies were attended by a group of followers of Ahlulbayt, peace be upon them, and religious and cultural figures.

The ceremonies witnessed shedding light on the blessed biography of the Noble Prophet, peace be upon him and his family, and emphasizing the need to follow his approach.

The offices, centers, institutions and Husseiniyahs of the Shirazi Religious Authority in various parts of the world are witnessing the organization of various mourning events to commemorate the painful memory.

Hazaras fear for their heritage and security under Taliban rule

Italy announces the complete withdrawal of its forces from Afghanistan 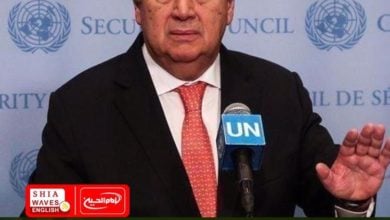