At least 14 people were killed and 32 others wounded in four explosions that rocked Afghanistan’s capital Kabul and northern city of Mazar-i-Sharif on Wednesday, authorities said.

In Kabul, at least five worshippers were killed and 17 others wounded after a blast ripped through a mosque during evening prayers in Kolola Pushta locality of Police District (PD) 4.

The blast occurred when people were offering prayers in Hazrat-e-Zekria Mosque, police spokesman Khalid Zadran said in a tweet.

The blast came about one hour after three consecutive explosions struck three van-buses in PD 10 and PD 5 in Mazar-i-Sharif, killing nine people and wounding 15 others, Mohammad Asif Waziri, spokesman for the provincial police department, told Xinhua.

The targeted buses were carrying commuters along busy roads during the evening rush hour in the northern city, capital of Balkh province.

No group or individual has claimed responsibility for the attacks so far.

In recent weeks, the war-torn Asian country had been hit by a series of bomb attacks reportedly launched by militants of ISIS group opposing the Taliban-led caretaker government.

Three people killed in an explosion west of Kabul 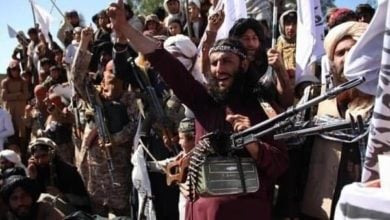 Taliban terrorists control the first capital of an Afghan province