The Ahlulbayt Organization in Indonesia issued a statement strongly condemning the Saudi regime’s recent executions of innocent people.
The statement read:
Saudi Arabia shocked the world once again through its arbitrary act of executing 81 of its citizens in one day.
This was the bloodiest mass execution in the history of the establishment of the Kingdom of Saudi Arabia, which was not based on a legitimate, fair and objective judicial process. Based on the number of victims and the lack of clarity in the legal process, the mass execution clearly contradicts universal principles of human rights, including international law.
Moreover, these mass executions were based on mere difference in political positions and opinions as well as hateful sectarian hostility.
The world knows very well that Saudi Arabia is a totalitarian monarchy that has emerged since its inception as an authoritarian regime that ignores the universal values of justice and humanity.
This regime has recorded a very large number of serious crimes so far, whether against its own people or against countries and peoples in the region and the world, including the war crimes it committed against the people of Yemen.
Based on historical facts and backgrounds, the criminal and oppressive acts of the Saudi monarchy must be stopped and immediately brought to the international court for trial.
The Ahlulbayt Organization in Indonesia expressed the following positions:
A- The organization calls on all elements of the Islamic Ummah, including the Islamic organizations in Indonesia, to jointly express protest, rejection and strong criticism of the criminal acts of Saudi Arabia in the region and the world.
B- The organization strongly condemns the brutal aggression and comprehensive siege launched by the Kingdom of Saudi Arabia and its allies against the Muslim people in Yemen since 2015.
C- The organization calls on the government of the Republic of Indonesia to take a firm stand and strongly condemn the arbitrariness of the Saudi monarchy in dealing with its people, as well as the war crimes it is committing against the countries of the region, especially in Yemen. 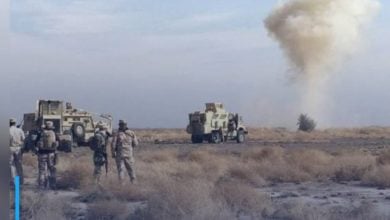