The Minister for Asia and the Middle East at the British Foreign Office, Amanda Milling, affirmed her country’s strong opposition to the death penalty in all circumstances, in reference to the recent campaign of executions that took place in Saudi Arabia.
Melling expressed her shock at the execution in Saudi Arabia, saying, “We were shocked by the execution of 81 people.”
She added, “We will continue to express to our Saudi counterparts Britain’s concerns, through our ministerial and diplomatic channels, as we seek further clarification on the details of these cases.”
“There is nothing in our relationship with Saudi Arabia that prevents us from speaking frankly about human rights,” she continued.
Yesterday, a spokesman for British Prime Minister Boris Johnson said that London intends to speak to Saudi Arabia about the recent executions.
“The UK strongly opposes the death penalty in all circumstances in any country as a matter of principle, and we routinely raise human rights issues with other countries including Saudi Arabia, and we will raise Saturday’s death sentences with the government in Riyadh,” said Johnson.
Last Saturday, the Saudi authorities executed 81 citizens and residents, the majority of whom were Shias, claiming that they were “involved in terrorist cases inside the kingdom.” 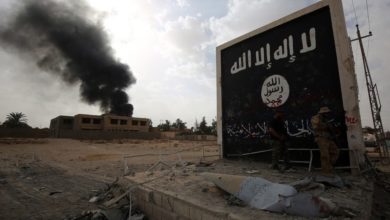 Mourning processions commemorate day of al-Qassem son of Imam Hassan, peace be upon them, in holy Karbala
52 mins ago