The house of the Supreme Religious Authority, His Eminence, Grand Ayatollah Sayyed Sadiq al-Husseini al-Shirazi, in the holy city of Qom, witnessed the establishment of mourning ceremonies on the occasion of the martyrdom anniversary of Imam Musa al-Kadhum, peace be upon him.
The ceremonies were attended by clergymen, scholars, virtuous people, students of the seminary, and general followers of the Ahlulbayt, peace be upon them.
They listened to lectures delivered by al-Husayni and al-‘Alami about the role of the Imam in exposing the criminals and corrupt sultans of Banu al-Abbas, and his recommendations not to rely on the oppressors and to avoid working with them.
The ceremonies concluded with a supplication to God Almighty to hasten the honorable reappearance of our Master, the Promised Imam Mahdi, peace be upon him. 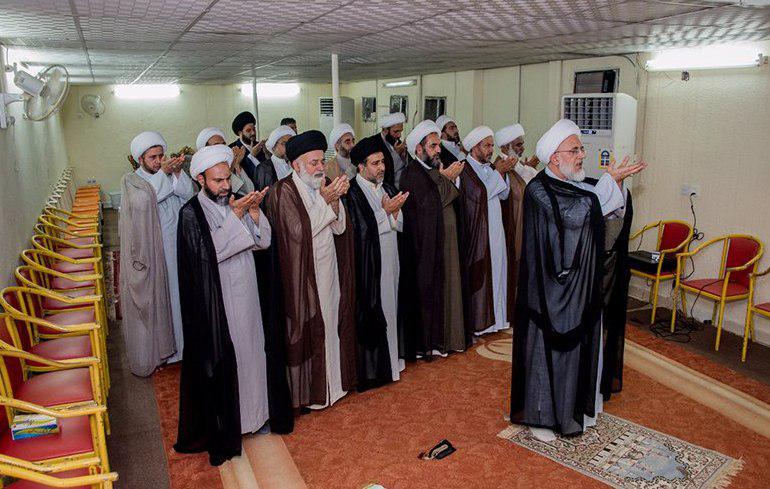 India revives the Arbaeen Pilgrimage and the newspaper Jagran says: Islam remains alive because of the battle in Karbala

Forums, seminars and special programs from around the world commemorate the birth anniversary of Imam Ali, peace be upon him